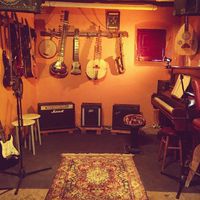 The Faristol was created with the idea of ​​being a Jazz bar, since the owner, Agustí Martí, is a music fan and plays saxophone and guitar. Thus, in 1979, he and his wife, Lynne Proctor, originally from Newcastle (England), opened this place dedicated to live music. They were not only fond of music, but also of cooking, turning the Faristol into a musical restaurant. Forty years later, the second generation (since 2017) has followed the same concept: a place where you can enjoy homemade food, good wine and live music (for free!), Every Saturday at 10:30 p.m.